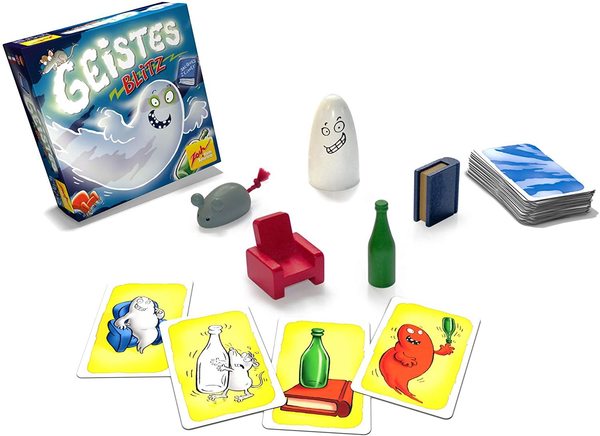 Place the 5 game pieces in a circle. Shuffle the cards and place them in a face-down deck where everyone can see them.
Each round, one player is chosen to flip a card. As fast as they can, they flip the top card from the deck so everyone can see the illustration. Each card shows an illustration of two objects from the five objects in the game. Players are looking for one of two things:
>The objects on the card are coloured correctly. If so, players try to grab the correctly coloured object as fast as they can!
>If both objects on the card are mis-coloured, grab the object which isn’t represented on the card in either form or colour!
The player who first grabs the correct object takes the card into their reward pile. The game ends when all the cards in the deck have been taken. The player with the most cards in their reward pile is the winner!