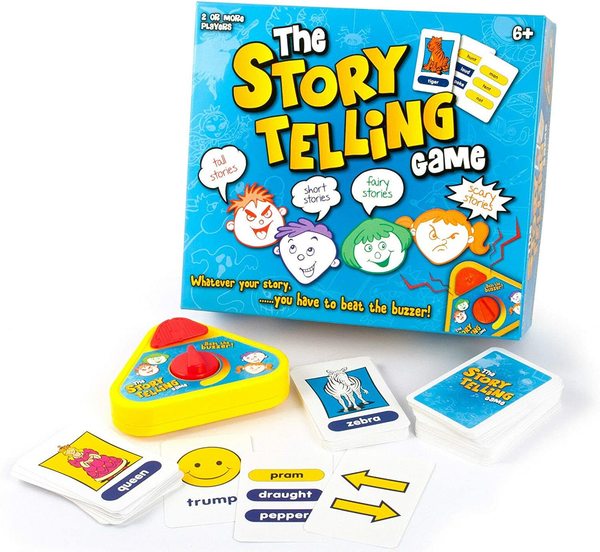 Once upon a time there was someone who loved telling stories... well if you know that someone, then they'll be a winner at playing The Story Telling Game!

The Story Telling Game sees each player start with five words on their cards and when the clock starts, the first players starts telling a story using one of their words. Then it's the turn of the next player who has to incorporate one of their words into the former player's story... and so it goes on with each player adding to the story with one of their words at a time until the buzzer declares that it's 'The End' for the player who's talking when the buzzer sounds. When this happens, the player has to pick up all the cards used by the other players and begin a new story, this time with the opening 'Twice upon a time'.

The cards come with varying degrees of difficulty, including picture cards, so everyone can join in.