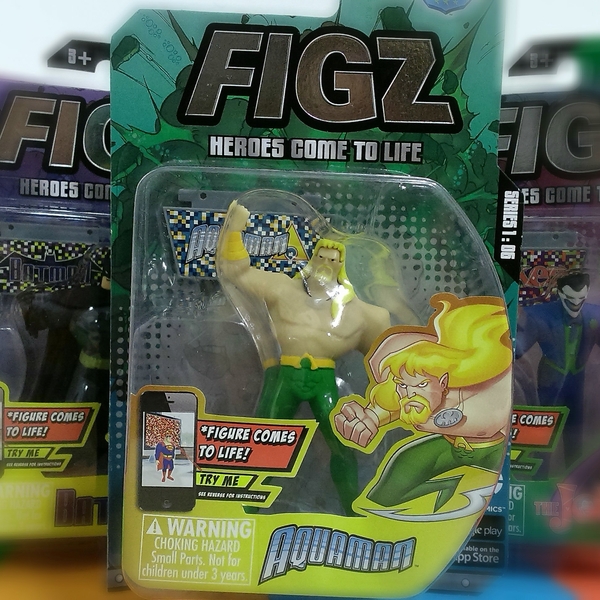 Aquaman, king of Atlantis, master of the sea and all who dwell there. Poor Aquaman can sometimes gets a bad rap from comic book fans, but when you think of the fact that almost three quarters of the earth's surface is covered in water his powers start to look a lot more awesome. HeadStart has teamed up with Warner Bros. to create this incredible augmented reality toy. FIGZ feature iconic characters from DC Comics’ Justice League, including Superman, Batman, Wonder Woman, The Flash, Aquaman and everyone's favourite crazy Super-Villain, The Joker. The 'augmented reality' element comes in when you combine the figurine with the 'FIGZ Justice League' Smartphone app. Just point your smart phone's camera (whilst running the app) at the figurine and watch as its super powers animate in 3D as though they're right there in the room with you. FIGURE IS SUITABLE FOR CHILDREN AGED 3 YEARS AND UP.